­­­Some Thoughts For Talking With Your Children About Religion

­­­Some Thoughts For Talking With Your Children About Religion

How do you talk with your children about religion? A great deal depends on who you are and what you believe. Still, I believe there are some basic understandings and principles that can help create a positive conversation about religion, whether you and your family are deeply religious, want no part of religion, are somewhere in between, or all of the above. I believe these positive conversations are critically important for the positive future we’d like all children to have.

First, a little context—for millennia, religion has been central to human life—from individuals to families to international affairs and everywhere in between. This is in large part because religion has been a primary means to help people answer these perennial questions:

Religion has immeasurably enriched the lives of billions by providing supportive community, a sense of basic human dignity, a higher purpose, and elevated values that lead toward peace, justice, equity, compassion.

And religion has been used to exclude, to oppress, to stifle scientific inquiry, and to motivate unspeakable violence. It’s easy to see why many embrace their faith, and why many find religion abhorrent. In either case, the importance of religion is undeniable.

In an era of unsettling global upheaval, religious upheaval is no surprise. More and more, people turn away from religion. Many proudly identify as humanist, agnostic, or atheist. In the US, sociologists of religion talk about post-denominational Christianity. Religious fundamentalism is ascendant all over the world.

There seems to be an ongoing war between religion and science, even as many esteemed scientists and religious leaders talk collegially about the complementarity of these two ways of understanding reality. In the arena of actual war, we witness the tragic consequences of violent religious extremism with heartbreaking frequency.

At the same time, we are witnessing the emergence of a new generation of globally-minded young people who see themselves as more spiritual than religious, who forsake the religious orthodoxy of their families, and embrace a "cafeteria" approach to religion—selecting from different religions values and practices that inspire and challenge them—that historically has been roundly denigrated by many in the religious world.

In this context of upheaval, where some feel threatened and others liberated, how do you talk about religion in ways that generate insight and strengthen community rather than sowing opposition and dividing communities? How do you cherish your own beliefs and leave room for the different cherished beliefs of others—perhaps even your children’s, and including those who believe God doesn’t exist? How do you deal with the frequent collision between religious and secular values?

As a starting place, I want to make a distinction between religious literacy and religious faith, and to make a plea for openness, honesty, and appreciative curiosity.

Not only is religion an undeniable force on the global stage, but we also live in a time where the world's religions rub shoulders with each other all over the world. We are likely to have neighbors or colleagues at work or classmates at school who identify as Buddhist or Christian or Hindu or Humanist or Indigenous or Jain or Jew or Muslim or Sikh or Taoist or Wiccan or Zoroastrian—or any of countless other religious/spiritual traditions.

If you’d like more detailed information on global religious demographics, take a look at “The Global Religious Landscape,” a great study conducted by the Pew Research Center in 2012.

Healthy communities require a sense of cohesion based respectful relationships among neighbors. Respectful relationships grow from mutual understanding and a shared sense of purpose. Religious literacy, learning about the world's religions, can help us understand the diverse communities we live in and also help us gain a sense of how others might see us. It can help us appreciate difference and discover common ground. You can learn more through the Religious Literacy Project of Harvard Divinity School.

Below are some suggestions for ways you can broaden your religious literacy with your family.

This is a potentially challenging area—especially for Jews, Christians and Muslims—who, each in their own way, have historically believed they have the unique and correct understanding of God, which can lead to a seemingly logical conclusion that other understandings of the Ultimate are false or are to be dismissed as myths.

In relation to diverse understandings of the Ultimate Mystery, I believe openness and appreciative curiosity are especially important. If you practice a particular faith, it is fine and appropriate to share with your children what you believe and what difference it makes in your life.

I believe it’s also important to acknowledge that many people in the world believe differently and that it’s important to try to understand what they believe and why, to explore what difference it makes in their lives, and to respect their right to their own beliefs. One place to start might be United Religions Initiative Kids, originally developed by the head of Lowell School, Debbie Gibbs.

As someone who has lived a good deal of my life in a religious tradition, but who also spent many of my younger years wanting nothing to do with that tradition, I can only say that sooner or later all children grow up and claim the freedom to make their own choices.

The more we, as parents, help our children embody the positive values of our faith while giving them the appropriate freedom to inquire and explore how to make informed, responsible choices, the greater the likelihood that they will grow up to be people of strong values who want to make a positive difference in the world—the precious, often-divided and wounded world we share with nearly 7.5 billion people.

When we humans first saw pictures of this precious Earth taken from space, we were stunned by how small, fragile and lonely our home seemed in the midst of the vast emptiness of space. And how beautiful!

From a distance we saw Earth as one planet, not as a bewildering array of often-contentious geo-political entities. We entertained the awareness that for all our bewildering diversity we are one human community.

I have been privileged to spend a lifetime learning about the world’s religions from the inside out. My teachers have been faithful practitioners whose diverse faiths impel them to dedicate their lives to peace, justice, and healing for the entire Earth community.

I feel as if I’ve had the privilege to abide in a magnificent garden where I’ve come to appreciate the unique beauty of each flower and to see how together these diverse flowers are united in a bouquet of surpassing beauty.

Whether or not you consider yourself religious, I invite you and your children into the beautiful garden of religious literacy. It is a gateway to a deeper understanding of humanity and can help create the foundation of more positive human community.

The Rev. Canon Charles P. Gibbs is an Episcopal priest, a visionary, and a poet who has dedicated his life to serving the sacred in the world, especially through interreligious and intercultural engagement.  His new volume of poetry—Light Reading: Selected Poems from a Pilgrim Journey—is now available. He recently became Senior Partner and Poet-in-Residence for the Catalyst for Peace foundation, providing leadership and support for CFP’s organizational evolution. Building on its eight-year transformational partnership with Fambul Tok in Sierra Leone, CFP is exploring a new phase of regional and global engagement focused on community-based peace building, healthy whole systems partnerships and leadership development. From 1996 until his retirement in 2013, he served as the founding executive director of the United Religions Initiative. As executive director, he worked with thousands of colleagues around the world to guide URI’s growth from a vision to becoming the world’s largest grassroots interfaith network. 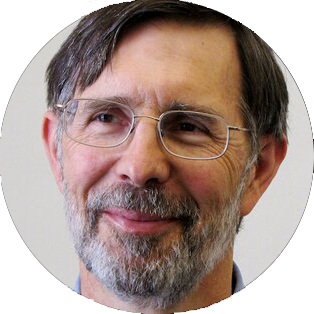