At the Intersection of Children's Books and Race

At the Intersection of Children's Books and Race 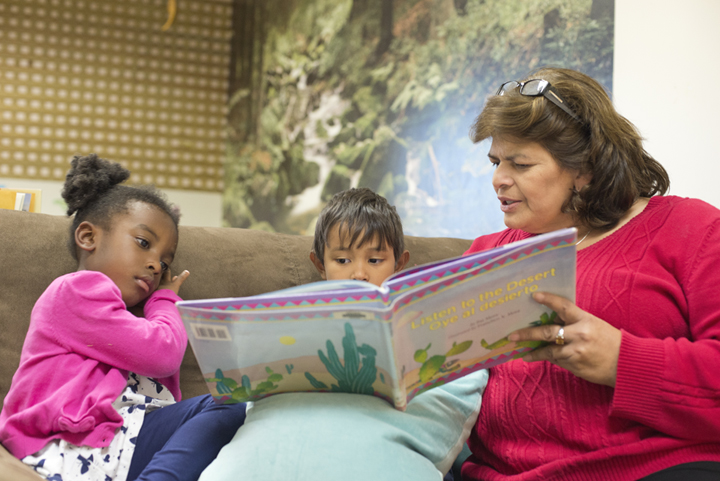 Living in the world of children’s and teen books, as I do, I get to explore a lot of different terrain. This fall I attended a young adult literature symposium in Austin, Texas, where I had a chance to attend sessions about serving the middle school population, reaching reluctant readers, and one particularly powerful session about underrepresented populations in the book publishing industry.

Allie Bruce, a children’s librarian at the Bank Street School in New York, presented about a project she and her colleagues did with 6th graders looking specifically at the images on book covers and noticing who is represented and who is not. She was joined in this session by award-winning author Jacqueline Woodson. In the context of talking about her latest (autobiographical) book, Brown Girl Dreaming, Ms. Woodson said, “When we talk about white privilege we should also talk about black privilege” and the cultural richness of African-American heritage.

As she spoke about her work, she reminded us that all children need books that are both “windows and mirrors,” that is, books in which they learn about others, and books in which they see themselves. As she said, “Reading is a great way to get into the heads of people who are not you.”

I came home from the conference with notes to look into the organization We Need Diverse Books, and to talk with Michelle Belton about collaborating on an awareness project like the one they had done at Bank Street. I was also excited to share Brown Girl Dreaming with the students in our middle school book club elective. Fast forward a week, and I was at the National Council of Teachers of English conference here in DC, where Jacqueline Woodson was again a featured presenter. But something not so funny happened in between.

On Wednesday, November 19, Jacqueline Woodson was awarded the National Book Award for Young People’s Literature, for Brown Girl Dreaming. At the awards ceremony, noted children’s book author and friend of Ms. Woodson, Daniel Handler (better known to many as Lemony Snicket), made a racist joke during the award presentation. In her thoughtful and eloquent response to the incident, Ms. Woodson describes her mission as a writer:

— to write stories that have been historically absent in this country’s body of literature, to create mirrors for the people who so rarely see themselves inside contemporary fiction, and windows for those who think we are no more than the stereotypes they’re so afraid of. To give young people — and all people — a sense of this country’s brilliant and brutal history, so that no one ever thinks they can walk onto a stage one evening and laugh at another’s too often painful past.

At a time when our country is having urgent, and overdue, conversations about race, part of our mission as educators and parents should be to demand—and give our children access to—these windows and mirrors.

Listen to an interview with Jacqueline Woodson on NPR here.